EUROGLIDERS REVEAL THAT THEY HAVE A NEW ALBUM IN THE WORKS!

This week’s ‘Q & A 3’ features the popular EUROGLIDERS discussing their favourite songs, their upcoming show at MEMO and new material in the works! 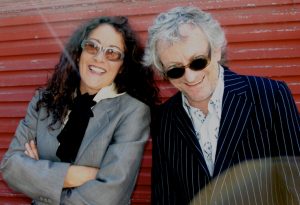 Q1. You’ve released a number of albums over the years, which album or song/s  do you find the most fun to play live? and why?
Songs are a bit like your children, it’s hard to pick a favourite, but we really enjoy playing the big hits, the songs the crowd know and love. Songs like ‘Can’t Wait To See You’, ‘We Will Together’ and, of course, ‘Heaven (Must Be There)’.

Q2. What can the audience expect with your upcoming show at MEMO Music Hall?
High energy, we play every show like it’s going to be our last….it’ll be a mixture of songs from right across the years and include all the hits and favourite album tracks. We’ll throw in a new song or two but we try and give the audience a good helping of the songs they’re familiar with and want us to play.

Q3. Do you have any new material in the works at the moment?
Yes, we have a new album in the pipeline and Bernie Lynch has been writing furiously….I’ve just released a new solo album and the new Eurogliders’ album will be released later this year.