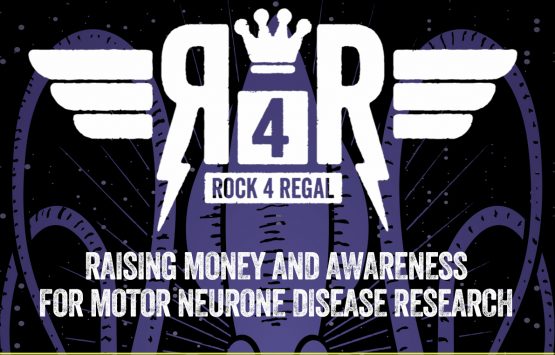 On the afternoon of Saturday 3 September MEMO Music Hall will be pumping when 12 fantastic rock acts take to the stage to raise money for Macquarie University’s research into Motor Neurone Disease (MND).
Headlining is Australia’s hottest emerging rock sensation GRANDHOUR,
joined by ‘Australia’s Got Talent’s glam rock trio SISTERS DOLL.
The Line-up also includes GLENN ESMOND (The Butterfly Effect), GREENTHIEF, FIRES WERE STARTED, SMOKE STACK RHINO, BLINDMUNKEE, EAT THE DAMN ORANGE, JOSEPH BIRO the once lead singer in Superheist and newcomers from Melbourne, Terrestrials.
Rock 4 Regal was created by Den Murray inspired by his friend Adam Regal, who after losing his father and uncle to MND, was diagnosed with the terminal disease himself.
MND is a debilitating, terminal neurological disease that progressively attacks the motor neurones, or nerves, in the brain and spinal cord. This means messages gradually stop reaching muscles that enable us to move, speak, breathe and swallow. It is a disease that robs victims of their dignity and causes death between 1 and 5 years after diagnosis.
Every single cent raised through ticket sales, donations and raffles will be handed over to the MND research team at Macquarie University to help find a cure.
Den and his mate Rory Wale have been staging concerts for the cause supported by their “Regal Regiment” since 2013 and are hoping the St Kilda show will be the biggest fundraiser yet. 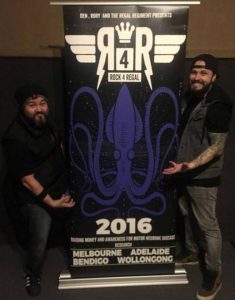 This is the only gig for Rock 4 Regal, better be quick!

This is the only gig for Rock 4 Regal, better be quick!