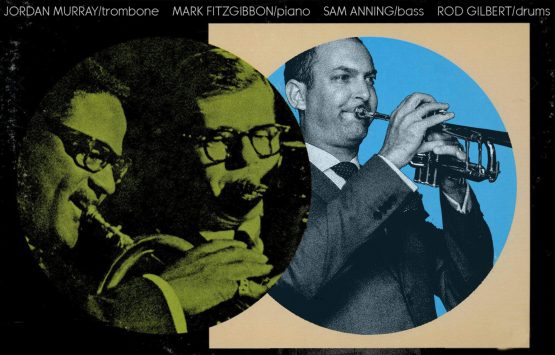 Flugelhornist Clark Terry and valve trombonist Bob Brookmeyer made for a very complementary pair in their mid-’60s quintet. Both had distinctive but similar sounds, impressive technique, the ability to swing anything and plenty of wit!

Expect plenty of swingin’, feel good music in what is sure to be a rollicking afternoon of music. Mat Jodrell is a world renowned, award winning trumpet player who recently moved to Melbourne from New York City. He performed at Carnegie Hall at the age of 16, and from there has worked with some of the biggest names in music including Jon Batiste, Ron Carter, Miguel Zenon, Paul Anka and John Mayer.

Joining him is long time collaborator Jordan Murray on trombone playing the part of Bob Brookmeyer, and one of the most swinging rhythm sections in the southern hemisphere – Mark Fitzgibbon on piano, Sam Anning on bass and Rod Gilbert on drums.