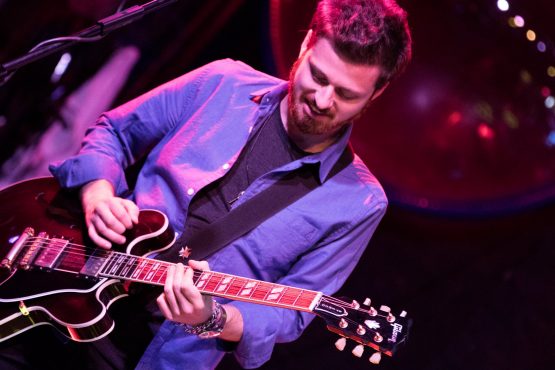 At the age of 15 years old, AARON SCHEMBRI began performing around Melbourne in his first local pub band.
At the age of 17, he started performing with and developed a close relationship with the late ROSS HANNAFORD (DADDY COOL).

Since then he has continued on with his career, playing music with legendary Australian artists such as:

In 2015 he began recording his debut album consisting of  9 original songs and a Robert Johnson blues cover.

Aaron has had various guest artists appear on his album, the likes of;

For a special ONE NIGHT ONLY at MEMO Music Hall, St. Kilda on Wednesday 25th of September.

Aaron Schembri releases his debut album with appearances from his very special guest artists and his 7 piece band.

$5.00 from each ticket sale will be donated to Aaron’s choice of charity – Support Act: The Heart & Hand of Australian Music.

This is the only gig for Aaron Schembri ‘City Lights’ Album Launch, better be quick!