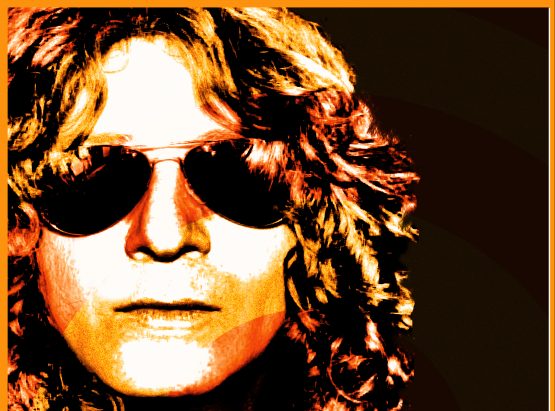 The ceremony began in 1965, was reinvented in 1992 and now in 2020, THE ABSOLUTE DOORS TRIBUTE SHOW celebrates the psychedelic era that was the 1960s.

THE ABSOLUTE DOORS TRIBUTE SHOW recreates the energy that existed in a 1960s arena concert. They are dedicated to raising the energy of the room and sustaining that energy so that the crowd can open their own doors of perception and thus feel a release of free and primal exhilaration through engagement with the music.

The Doors and the songs of The Doors are powerful metaphors for freedom of expression. The songs were given their birth in the ‘60s when substantial world events brought about changes in western culture because people needed avenues to express their new ideas of freedom.

Reformed in 2010 and playing to sold-out shows in Melbourne at The Espy and Trak, in Perth at The Charles Hotel, and in Adelaide at the famous Spiegel Tent, The Absolute Doors Tribute show will set your night on fire.

Lead singer Tony Dee aka Jim Morrison works the crowd from the opening number of
Riders on the Storm and Morrison’s spine chilling poetry Celebration of the Lizard King, to the final numbers of either LA Woman or Roadhouse Blues. This band knows how to bring the audience to a high pitched crescendo, and they love it!

“It may not be The Doors on stage, but it may well as be…” Mark Diggins – The Rock Pit – www.therockpit.net

“The band really captured how it would’ve felt to be at a real Doors show in the 60s. I now know why the audience went crazy when the doors played back then…this is a serious, touring re-creation stage show!” Beat Magazine.

This is the only gig for The Absolute Doors Tribute Show, better be quick!