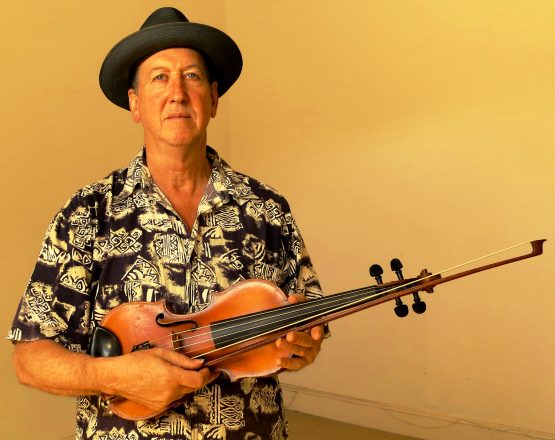 After a long pilgrimage to the USA in the late 1980s, Roots musician, Andy Baylor returned to hometown Melbourne all fired -up with Cajun sounds, blues, and Southern funk. Having met and played with many legends, Andy was determined to introduce some of this earthy, joyous music into the local music scene. Coming to MEMO for the first time, “REEL OF JOY” is not to be missed.

This he did with his band the Cajun Combo, enlisting rockin’ Daddy Cool rhythm section Wayne Duncan and Gary Young alongside guitarist, Sam Lemann, steel guitarist Peter Linden and other Melbourne musicians. The repertoire was a mix of Cajun waltzes and two-steps, funky Creole blues, Country and Boogie Woogie with a touch of Western Swing and straight-ahead bar-room rock’n’roll. The band held a residency at the world-famous Rainbow Hotel in Fitzroy through the 1990s and performed with many of Australia’s leading musicians as well as touring Americans including Queen Ida and her Zydeco Band, Rockin’ Dopsie, Louisiana Red, Dale Watson, to name just a few. Andy and the band recorded several influential CDs and set the tone for Melbourne’s roots music scene for decades to come.

After many years of traveling, playing and deepening his knowledge of roots styles, Andy is celebrating Melbourne’s own unique musical heritage with the Cajun Combo and some of his good friends  and colleagues. He has brought together an all-star band with original members-  good rockin’ Gary Young( Daddy Cool, Jo-Jo Zep) and sophisticated guitar stylist,  Sam Lemann ( guitarist to the stars), the singin’ steel guitar of Ben Franz (The Waifs, Mick Thomas) Steve Grant (accordion genius) the one and only Tim Rogers, The ukulele queen of the Bellarine, Sarah Carroll, the Soulful Kerri Simpson (  Opelousas) with her Cajun New Orleans groove and the sweet strings of the Banksia Band, Sophia Dunn and Kate Connor…

MORE SHOWS COMING UP AT MEMO