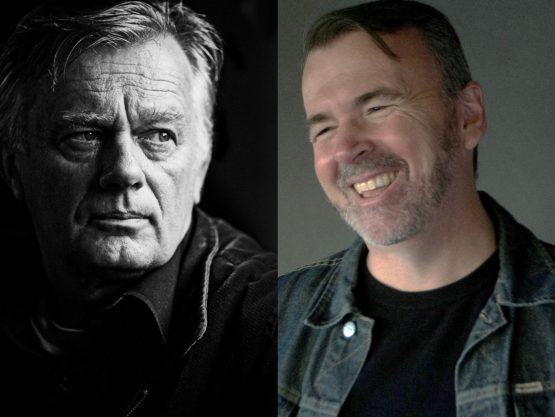 Broderick Smith is a consummate performer by many of his contemporaries and an elder statesman by the new guard of fellow musicians. In 2018, Broderick released his brand new album “Man Out of Time” released simultaneously with his very first book. A study in vivid storytelling and mature restraint, “Man Out of Time” arrives 10 years since Brod’s last solo album, “Unknown Country”, and eight years since “Tracks”, his brief return to his legendary ’70s band, the Dingoes. It’s fair to say that much has changed, not least in the spellbinding tone that can only come with the patience of a seasoned master craftsman. And after all these years, there is still nobody to compare with Broderick Smith.

Michael Waugh gives a profound new voice to the Australian experience. His insightful storytelling cuts to the heart of everyday life. It is honest, emotionally brave and compelling in its beauty. His first two critically acclaimed albums “What We Might Be” and “The Asphalt & The Oval” drew on his experiences growing up in an East Gippsland dairy farming community. They resonated with audiences and connected him to a community of peers.

He performed at major festivals from Port Fairy to The Gympie Muster, won awards and earned lofty praise from some heavyweight critics.

Before beginning his radio career, Derek worked for the Nine Network and Batman Records and also travelled overseas where he worked as a music journalist, silkscreen printer and photographer. He fulfilled his childhood ambition when he began his radio career with 3HA in Hamilton in 1984. In 1987 he joined the Australian Broadcasting Corporation (ABC) at the Horsham studios. With the creation of the ABC’s Bendigo studios in 1993, he moved to central Victoria to take up the challenge of building an audience for that new station as the breakfast program presenter and station manager.

After spending three years presenting the statewide afternoon program on 774 ABC Melbourne and ABC Local Radio throughout Victoria and southern New South Wales, in 2003 Derek took over the reins of the Evenings program for Victoria, with a wide range of subjects covered by talkback or interviewed guests, with his programs regularly featured live performances by musicians from Australia as well as touring international artists.

This is the only gig for MEMO’s Song Sessions feat Broderick Smith + Michael Waugh, better be quick!