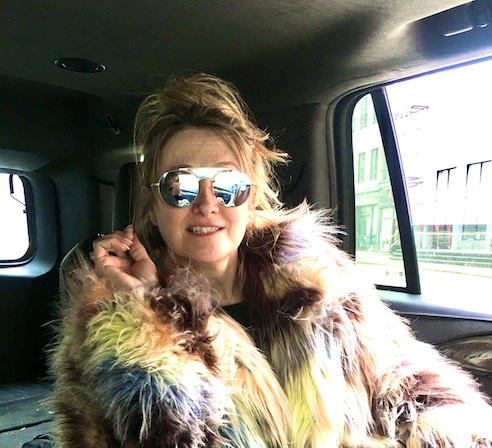 After performing at numerous shows around the country including the Perth and Adelaide Fringe Festivals, Bakers Daughter (aka Alyce Platt) is making a welcome return to Melbourne at The Ember Lounge this April.

Bakers Daughter’s indie-pop songs have a depth and melancholy that can suddenly turn around and become oblique, uplifting tunes coated in a blanket of haunting melodies and dreamy soundscapes wrapped around lyrics of familiar strangers, nostalgic themes and ghostly whispers of unrequited love. Blurring the lines of reality and make believe, Bakers Daughter stumbles through obstacles of self-doubt and paranoia not afraid to confront the darker side of life.

Like the artist herself, Bakers Daughter’s songs are defiant and sophisticated. They reveal a fascination with 60s European pop, peppered with spoken word delivered in a Gainsbourg kind of way.

“Alyce’s songs are special..thoroughly bewitched by the wonderful music and the door it opened into a very cool and groovy world”

Catapulted from the suburban jungle of the 80s into a ubiquitous television career, Bakers Daughter highlights stories and observations from growing up in the suburbs to living in St. Kilda with super-hero’s, cowboys in the attic and the KGB.

Into The Mystic -The Music Of Van Morrison (POSTPONED)