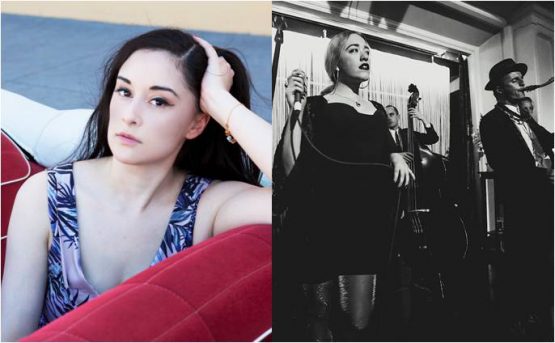 Bringing together a night of Neo Soul and swinging blues, both Bernadette and Loretta, are set to take the audience on wonderful journeys with their interpretations of another time in another place as part of the SUMMER SOUNDS OF ST KILDA series.

Bernadette Novembre is a Neo-Soul singer/songwriter from Melbourne who is making her Memo Music Hall debut with her 10 piece band. On the night she will be performing her original music interspersed with soul and rock classics from artists such as The Beatles, Sharon Jones & The Dap-Kings, Frankie Valli and The Four Seasons, The Supremes and more! With a powerful horn section, Bernadette is sure to get you moving and grooving on the dance floor. The band will also be playing Bernadette’s newly launched songs ‘Delirium’ and ‘Forgotten Times’ which can be described as modern disco neo-soul.

Loretta Miller and her boyfriends play their own brand of swinging blues and spooky ballads. Taking influences from the greats like Dinah Washington, Julie London and Patsy Cline. Women with soul, impeccable phrasing and attitude. Featuring a band of handsome lovers with refined musical taste. Loretta’s voice is as powerful, sweet and dynamic as anything you’ll hear in Australia.

This is the only gig for Bernadette Novembre w/ Loretta Miller & Her Boyfriends, better be quick!

This is the only gig for Bernadette Novembre w/ Loretta Miller & Her Boyfriends, better be quick!