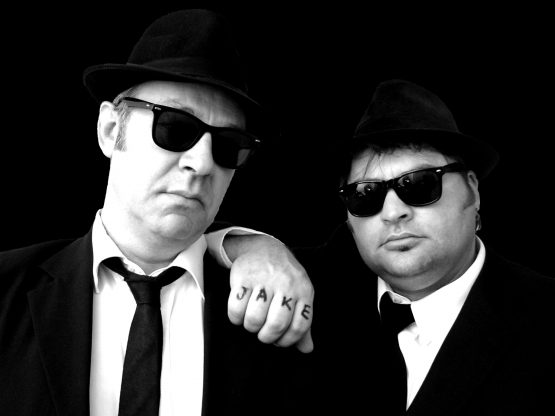 The fixation in Melbourne with The Blues Brothers lead to a Friday night institution prompting hundreds of Blues Brothers fans and scores of impersonators to pile into the now defunct Valhalla theatre even Friday Night.

To celebrate the 40th Anniversary of The Blues Brothers legend, Melbourne’s leading Blues Brothers band, BRIEFCASE FULL OF BLUES will be performing the entire album, PLUS many more of Jake & Elwood’s famous songs in addition to many other great Blues and Soul classics.

Backing “Jake and Elwood” will be the 9 piece BRIEFCASE FULL OF BLUES SHOWBAND featuring a 4 piece horn section & driving rhythm section. A night not to be missed!

Special guests on the night will be 5 piece Jazz/Funk group CABINET.

Polish your dancing shoes, get on your best Blues Brothers outfit and come on down to join the celebrations at MEMO!

This is the only gig for Blues Brothers 40th Anniversary Celebration, better be quick!