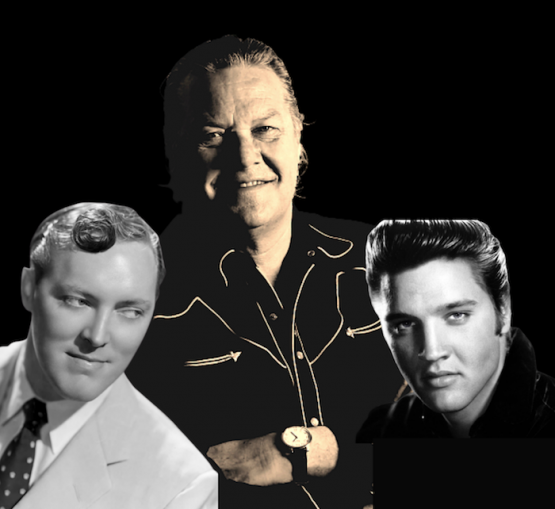 Bobby Valentine and his Rock n Roll Band are coming to the centre ring at MEMO, setting Elvis Presley & Bill Haley head-to-head to decide who really was the King.

Bill Haley had already carved a niche in American music history with various Country bands when he became the “King of Rock n Roll” with the release of the movie “Blackboard Jungle” in 1955. The movie made his “Rock Around the Clock” famous and he was even dubbed, “The Father of Rock n Roll”
Then a hip swivelling kid from Mississippi burst onto the scene and seized the Crown.
“A 40-year-old, slightly paunchy ‘Daddy-o’ with a lazy eye, was no match for the youthful good looks and powerful voice of the kid from Tupelo”

Performing the landmark “Rock Around the Clock” album in its entirety and stacking it up against Elvis’ own Rock n Roll classics, the real winner here will be the audience. A toe-tappin’, sure-fire set, a rockin’ dance floor and you’ll know the words to every song!

This is the only gig for Bobby Valentine & Band play Bill Haley vs Elvis Presley, better be quick!

This is the only gig for Bobby Valentine & Band play Bill Haley vs Elvis Presley, better be quick!