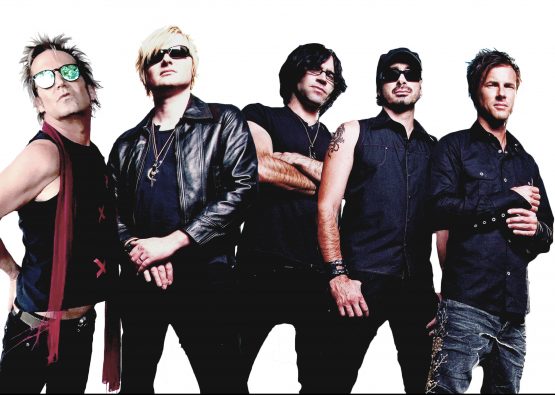 BRIAN MANNIX burst onto the Australian music scene in a blaze of ‘Pop Punk’ glory as the lead singer of 80s band Uncanny X-Men. In 2006 he performed on the Countdown Spectacular and at the 2006 AFL Grand Final.

Uncanny X-Men are known for their hits such as “The Party”, “How Do You Get Your Kicks?”, “50 Years” and “Everybody Wants to Work”.

Mannix is also known for his television work appearing as a regular on the ABC television quiz show Spicks and Specks. He was also a contestant on Channel 7’s Dancing with the Stars and appeared regularly on Australian cultural icon, Hey Hey it’s Saturday.

In 2016, Mannix was cast as “Buddy,” a leading role in the successful stage musical We Will Rock You based on the music of Queen and written by Ben Elton. The musical ran for six months straight from 30 April to 30 October 2016, Australia wide, where it closed with a spectacular performance on Sunday, 30 October 2016.
Brian is a highly successful author and is one of the most charismatic front men the Australian music scene has ever spawned.

Couple that with The Androids, who are fronted by Tim Henwood (The Superjesus, Rogue Traders and a hugely successful international session musician and record producer in his own right), Marty Grech (Drums), Matt Tomlinson (Bass), Sam Grayson (Guitar), and you’ve got lightning in a bottle.

The Androids brought their own brand of Pop Punk to the early noughties and had a huge international hit with “Do It with Madonna”, followed by two more top 20 hits and touring the world playing to packed houses as headliners as well as supporting PINK at 40 sold-out stadium shows in 2007, KISS, The Darkness and many more.

The Androids have blown the roof off many television shows including Rove Live, Top Of The Pops UK, The OC, Channel V, The Footy Show, Video Hits, Sunrise and MTV.

What do you get when you throw your lit cigarette into a box of dynamite?

Brian Mannix And The Androids, that’s what!