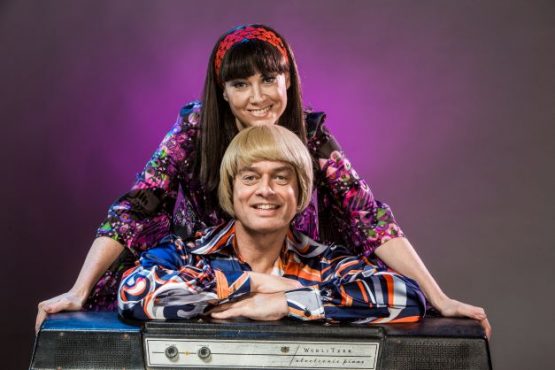 From the Producer of ‘Viva Bob Vegas!’

O’Come all ye Carpenter fans and jingle your bells mid-year, celebrate the most wonderful time of the year with Darren and Sharon.

The Carpenters from Kempsey, celebrate The Carpenters, but with a comic twist and feel-good fun. Starring Darren Mapes and Debora Krizak, they play Darren & Sharon Carpenter – from Kempsey. Together they recreate the sound of The Carpenters with uncanny accuracy just in time for the most unconventional Christmas Party Extravaganza!

Darren & Sharon Carpenter’s lives were magically transformed the day that they discovered those “Other Carpenters”. Not only did they share a family name, but they looked similar as well. Join Darren & Sharon in concert, as they hit MEMO Music Hall singing Christmas standards with a twist, plus all those songs The Carpenters made famous, including Top of the World, Goodbye to Love, Yesterday Once More, A Kind of Hush, Rainy Days and Mondays, Calling Occupants, Ticket to Ride, Close To You, Superstar, Mr Postman and many more.

Book a group for a great night out, a work party, a girl’s night or just an overdue catch up with friends!