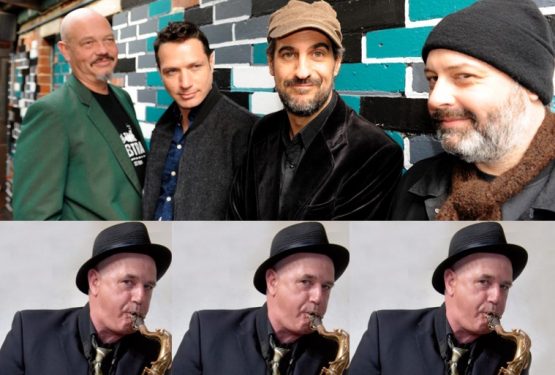 Teaming up together in the one show for the first time EVER! Who would have thought?

Checkerboard Lounge team up with Paul Williamson’s Hammond Combo for the very first time EVER! Who would have thought? Don’t miss this one-off special event upstairs in the RUBY CARTER LOUNGE.

Fresh back from placing as semi-finalists at the International Blues Challenge in Memphis TN, and an inspired new recording at the legendary SUN Studio, word keeps spreading about this formidable act.

Vibrant and unforgettable, Checkerboard are a tour-de-force demanding honesty integrity and truthful musicianship; the very essence of a live music experience.

The Paul Williamson Hammond Combo is the most swinging and enduring Hammond trio in Melbourne jazz history.

Formed more than 20 years ago, they continue to swing and groove like no other band, firmly rooted in the tradition of Jimmy Smith, Lonnie Smith, Jack McDuff and the other Hammond greats.

Paul Williamson has toured with everyone from Jo Jo Zep and Dire Straits, to Vince Jones to the great Hammond player Jimmy McGriff. He is one of the most in-demand tenor saxophonists in Australia and a treat to hear play in any context, but none more so than his own trio.

Also featuring Tim Neal, master of the Hammond B3 organ, and the swinging drummer Mike Jordan.

So come on down for some great deep blues. Highly recommended.