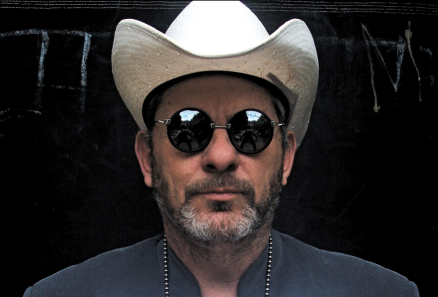 Blues man CHRIS WILSON is bringing back… Again… with his mesmerising brand of BLUES & ROCK music this March!

CHRIS WILSON has been an essential part of blues and rock music in Australia since taking the stage with the Sole Twisters twenty years ago. Stints with Harum Scarum and Paul Kelly and the Coloured Girls followed, and the end of the 80s saw Wilson as one of our finest vocalists, harmonica players and songwriters, fronting the superb Crown of Thorns. His instrumental gifts have often been utilised on recordings by the likes of James Reyne, Hunters and Collectors, Vika and Linda, Renee Geyer, Archie Roach, X, Deborah Conway and Ross Hannaford’s Dianna Kiss. Chris has enjoyed the company of Australia’s best musicians on stage and in the studio when realising his own visions in song.

Chris has performed in the U.S. at SXSW and two Folk Alliance Conferences. He has won the respect of many overseas artists, among these Joe Henry, Charlie Musselwhite and Tony Joe White. Bob Dylan once made a special trip backstage to shake Chris’ hand after a show together in 1992!

Chris has appeared at every major Australian festival and his performances, filled as they are with his own brand of sensuality and the dynamic power that leaves his audiences so satisfied, are always a highlight. Chris’ stage presence, voice and talent are all as big as the country he lives in. CHRIS WILSON is a master of his craft.

This is the only gig for Chris Wilson – Live at MEMO, better be quick!

This is the only gig for Chris Wilson – Live at MEMO, better be quick!