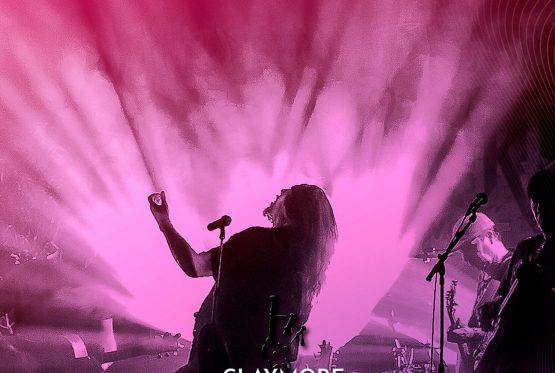 It has been three years since Celtic rockers Claymore performed at Memo Music Hall. Pre-pandemic, they packed the house, brought audiences to their feet and, in true Claymore style, delivered a dynamic show complete with bagpipes, Celtic dancers and ‘rock with a kick ass feel’. Now, they are returning to St Kilda for a special show that will mark one of their first shows in Australia since lead singer William Hutton embarked on a whirlwind European promotional tour.

When it comes to Celtic rock, Claymore have written themselves into festival folklore in Australia. They they have just rocked the stage at the National Celtic Festival in Portarlington, which is a highlight on the Celtic music calendar.

Internationally, Claymore are familiar faces on the line-up of the revered Festival Interceltique de Lorient in France, the world’s largest Celtic festival.

As multi-instrumentalists, Claymore not only manage to combine traditional elements of Celtic music, but they take that passion and soul and rock it right into the 21st century in a way that makes all their performances an unforgettable experience.

Few bands can pull off the sensitive task of melding traditional and modern melodies, but that’s something of a specialty for Claymore. Not only that, but they manage to pen beautiful original Celtic compositions, and even lend their style to some power rock classics, all with an Irish and Scottish twist.

If you like your Rock with a kick ass feel and the swirl of bagpipes and all things Scottish, this is the gig for you.

Celtic rockers CLAYMORE need little introduction to audiences. Heralded as one of the world’s premier Celtic rock bands, an evening in their company is always an unforgettably loud experience. Claymore’s live shows demand that you are on your feet from the outset. This enigmatic band of multi-instrumentalists not only manages to combine traditional elements of Celtic music, but they take that passion and soul and rock it right into the 21st century. Few bands can pull off the sensitive task of re-educating the traditional realm into the modern day, but that’s something of a specialty for Claymore. Not only that, but they manage to write beautiful original Celtic compositions, and even lend their style to some power rock classics, all with an Irish and Scottish twist.

There is little that Claymore haven’t done throughout their career. They have a host of impressive album releases under their belt and a long list of festival performances to their name, including headlining position at Australia’s largest folk event. Since the band’s inception more than two decades ago, they’ve released five impressive albums, and performed internationally from gigs in New York, Scotland and New Zealand, to several headline appearances at the reputed Festival Interceltique De Lorient France. Combine this with performances at the biggest festivals on the Australian circuit such as the Queenscliff Music Festival, Big Blues Day Out, Perth International Arts Festival and Brunswick Music Festival to name a few, and you’ve got an impressive musical resume.

Glenbrae Celtic Dancers…
Highland dancing encourages confidence in each participant, it teaches discipline and pride in the Culture and it ensures friendships of likeminded individuals the world over. Within the discipline  Our dancers have opportunities both in a competitive and non-competitive environment. Our dances Depict the legends and images of Scotland’s rich history. From the sword dance depicting the battles Of Culloden to the rich history of Bonnie Prince Charlie, each dance has a story that can be told. Each choreography depicts these stories. Glenbrae are one of the last remaining groups in the world to still wear the Scottish Full Kilt and we wear our full uniform with pride. We are a high energy Group of dancers aiming to maintain the traditional dance form but incorporating modern Choreography.