@ THE EMBER LOUNGE - DIRECT FROM THE USA. 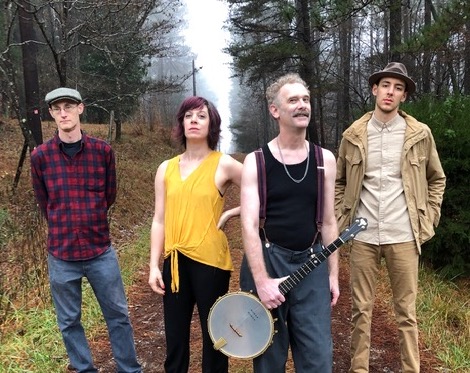 Direct from the USA, Curtis Eller’s American Circus are thrilled to bring their augmented indelicate rock & roll rhythms and historically evocative compositions to The Ember Lounge for the first time.

Curtis Eller is a banjo player, songwriter and rock & roll singer. Eller is a twenty-year show business veteran who started his show business career at the age of seven as a juggler and acrobat. Curtis Eller’s American Circus has developed a devoted international following based on dynamic stage performances that incorporate a dreamlike view of American history and silent film style, physical comedy. The iconoclastic troubadour has spent a decade relentlessly touring the clubs, theatres and festivals of North America and Europe

@ THE EMBER LOUNGE - DIRECT FROM THE USA.