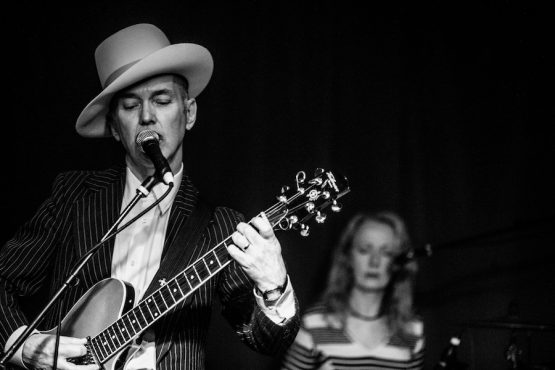 DAVE GRANEY & CLARE MOORE come to The Ember Lounge after releasing their second album for 2019.

Its called ONE MILLION YEARS DC and was recorded and mixed at their studio in the hills of Melbourne, the PONDEROSA. This album follows ZIPPA DEEDOO WHAT IS/WAS THAT/THIS? an album recorded with their band the mistLY which came out in May 2019 and featured the modern classics ULTRAKEEF, SONG OF LIFE and BABY, I WISH I’D BEEN A BETTER POP STAR.

The two are companion pieces, in a way. Many songs recorded over the same period.

ONE MILLION YEARS DC is an album of songs rather than a representation of a band. It is all to do with their sensibility. They are rock’n’roll people and are steeped in rock’n’roll culture.

They will be playing songs from across their career and also nods to artists who have inspired them.

Whatever they do, it will be straight from the fridge (i.e. cool). As ever they’re on a  Birdseye kick, man!

It’s always a live show, jumping off the plate, baby.

This is the only gig for Dave Graney & Clare Moore, better be quick!