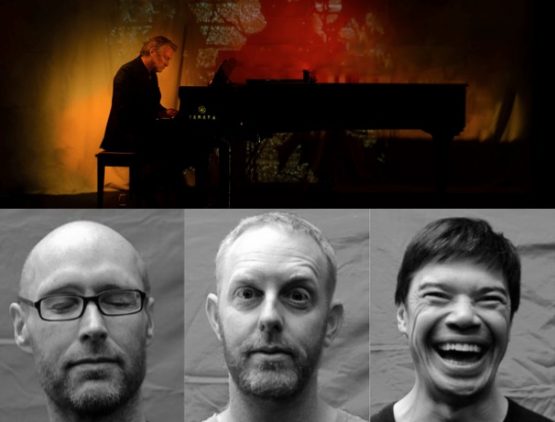 David Bridie and All India Radio, two incredibly creative forces come together for one night only in a kaleidoscope of transcendent melodies, orbiting rhythmic textures and dark rich harmonies. An unforgettable experience not to be missed!

David Bridie is one of Australia’s most prolific and respected songwriters. He has produced six studio albums with Not Drowning, Waving and seven more with beloved, recently retired group My Friend the Chocolate Cake, as well as innumerable film and television soundtracks. David’s 6th solo album release The Wisdom Line is an immersive multimedia project exploring themes of Melbourne, asylum, home, the transience of our relationships, and trying to make genuine connections in an interconnected world where everyone is talking on their phones.

“Gorgeous washes of melancholy electronics; minimal piano and percussion accompaniment; thoughtful understated lyrics and a clear understanding of the compelling ambience that can be created by the interplay of lyrics, music and images.” ****1/2 – The Age/Sydney Morning Herald

“Even when it’s not composed for film or television, David Bridie’s music radiates cinematic characteristics….intensely moving” ****1/2 – The Australian

After an eight year hiatus, ARIA nominated ambient pop band All India Radio return to the live scene playing material from their 20+ year career. Their slow-core atmospheric instrumental music can be heard in TV series One Tree Hill, CSI Miami, Bondi Rescue and many more.

“All India Radio has mashed the ambient-hop signatures of DJ Shadow, Tortoise and Thievery Corporation with the instantly recognizable guitar soundtracking of Ennio Morricone and Angelo Badalamenti. The resulting narcotic musical textures are capable of floating listeners to galaxies far, far away.” –Wired