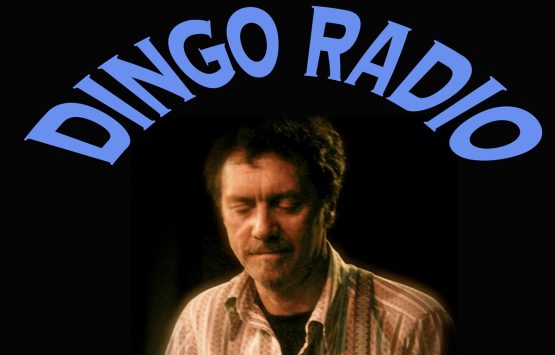 Kerryn Tolhurst began his long songwriting career when he joined Country Radio in 1971 and collaborated with Greg Quill on two critically acclaimed hits. After he left the band in 1972 he formed The Dingoes with Broderick Smith and Chris Stockley and contributed most of the songs for their first ground breaking album in 1973, which resulted in a record deal with A & M Records and touring and recording in the USA. He continued to be the main songwriter for the band until their breakup in 1979 and reunion album in 2010 after their induction to the ARIA Hall of Fame.

DINGO RADIO revisits this material with a stellar band featuring; Steve Hadley, Scotty Martin and Ken Howden and with guest vocalists; Simon Bruce, Alex Burns, Terry Dean and in a special rare appearance all the way from Broome, Stephen Pigram.

This event will bring new life into the old favorites such as “Gypsy Queen”, “Wintersong”, “Way Out West”, “Smooth Sailing” and “Child in the Middle” as well as a couple of surprise songs that The Dingoes never performed live.

Excerpt from Craig Horne’s book, Roots: How Melbourne became the music capital of the world. “Kerryn Tolhurst has written some of Australia’s most enduring and articulate songs. He is a pioneer; like Australian author George Johnson before him, Tolhurst was able to encapsulate a transformative moment in our history when it seemed possible that a confident, reinvigorated Australian artistic vernacular was about to conquer the world.”

Also, check out review below.

Into The Mystic -The Music Of Van Morrison