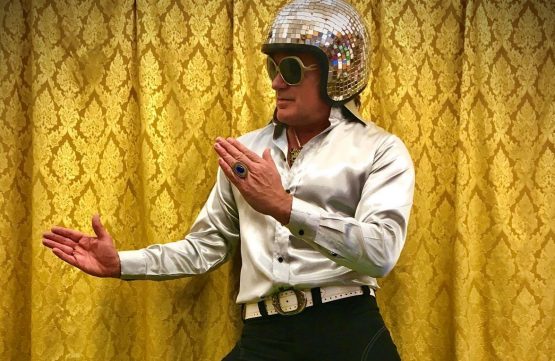 Join us at MEMO Music Hall on Friday 20 August to celebrate Eugene Hamilton & The Money being ‘The Best Of’ to relive the days of wine and roses as was the case when life was simple and free!

Described as ‘the world’s most living man’, EUGENE HAMILTON is known for his loud wardrobe, energetic performances and on stage schtick. But lurking behind Eugene’s facade is a highly respected musical talent (Dave Bowers) and a rock solid band of musicians, THE MONEY.

Eugene Hamilton and The Money make an art form out of playing re-invented covers.

As a frontman, Eugene Hamilton never fails to deliver a knockout performance, and The Money features the absolute cream of Melbourne’s players. It’s funny, funky, danceable and irresistible.

Brian Mannix And The Androids