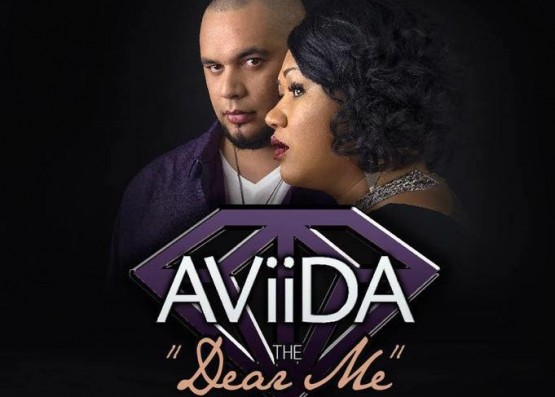 Perth husband and wife duo Clay Darius & Paula Parore, best remembered from The Voice 2015 are bringing their Smooth Soul to the east coast as they announce shows in Sydney and Melbourne.

Clay Darius is known as The SOUL MAN of Perth. He first moved to Western Australia in 2010 withan extensive background in acting and musical theatre having made feature films andtelevision shows in New Zealand.

He met his now wife Paula at a karaoke bar in Perth and at first was hesitant to sing with someone he had never heard before. Their voices instantly blended on stage in a beautiful symphony of harmonies a standing ovation from the FULL HOUSE that watched in awe.
Since landing in Perth Clay’s musical prowess has grown immensely and he is able to command the stage with his soulful vocals and hisability to capture the audience’s attention with his powerful performance skills. Clay has been likened in sound and stage performance to Luther Vandross & Stevie Wonder.

Paula Parore is affectionately known as “Powerhouse Paula”
You may remember Paula from season 1 of The Voice when she battled eventual winner Karise Eden and the only person in the world who was allowed back on The Voice after already spinning chairs as a duo with Clay.

She started singing over 7 years ago as a means to show her daughters “they could be anything they wanted to be, as long as they worked hard for it”

Paula released her debut EP “Crossroads” in 2014 at a SOLD OUT Launch at the prestigious Ellington Jazz Club in her hometown Perth.Her performance captures your soul as she commands your attention with her dynamic voice.

Since teaming with her husband they have travelled internationally and nationally showcasing their decadently soulful vocals to appreciative audiences.Paula was selected to sing the New Zealand National Anthem for the Bledisloe Cup. All Blacks vs The Wallabies in Sydney and Brisbane 2014 and has also done support shows for Emmy Award winning, two time Grammy nominated singer/songwriter Toni Childs.

AViiDA are Touring their debut EP “Dear Me”

Dear Me is the title track to their EP and is a song created late one night…they were reflecting on the life they lead and decided to write a letter to themselves telling them that they do music because you love it, you live it, you breathe it.  Dear Me reminds us that we are allowed to have a bad day but life will get better.

“It makes us feel complete when we sing. Yes there are struggles along the way but its worth it.”

Bloom is an emerging Australian singer/songwriter gaining acclaim for her smooth deep vocals and her fresh ambient pop sound.

Although she finds inspiration in artists such as Banks & Lana Del Rey, Bloom ultimately covers ground that is uniquely her own.

She draws deep into the human condition to explore stories of loss and despair in an uplifting way that foregrounds hope and an appreciation of life stripped bare of the mundane and superficial distractions of everyday life.

These themes are universal in their appeal. With national & international performances to rave reviews under her belt, Bloom is primed for the next step – 2016 Australian Tour. Take the journey with her.

This is the only gig for AVIIDA – “Soulful Legends Collection”, better be quick!

This is the only gig for AVIIDA – “Soulful Legends Collection”, better be quick!