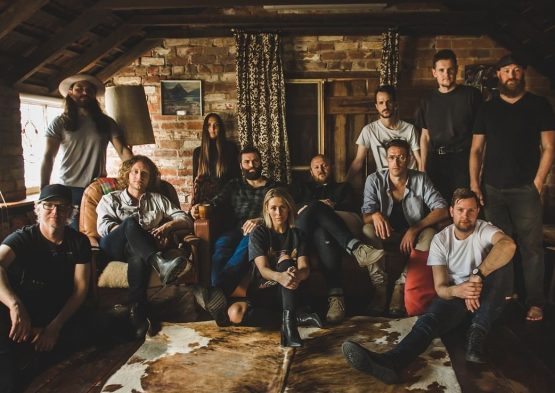 South of the river! Do not miss out on this night of music from two of Australia’s future festival favourites, fresh from sold-out shows at The Nightcat and Brunswick Ballroom respectively. FOOLS and Ben Mastwyk and His Millions are bringing the big top to Memo Music Hall and expect, as the poster suggests…. a very, very good night out.

Luke O’Connor’s voice and storytelling stands in the centre of a musical hurricane, with the energy of dual drums, guitars, hammond, backing vocals and a full horn section lending heart and detail to rare gems of songs. FOOLS perform live with command of both wildness and intimacy, and always an agreement with their audience to put on a damn good show. FOOLS have received widespread support from community radio around Australia, making the AMRAP Charts Top 5 for 4 consecutive weeks with their debut single ‘Birdsong’, are recent recipients of the AMEX Music Backers recording prize and were lauded by Queenscliff Music Festival organisers as the best act of the 2019 festival applications.