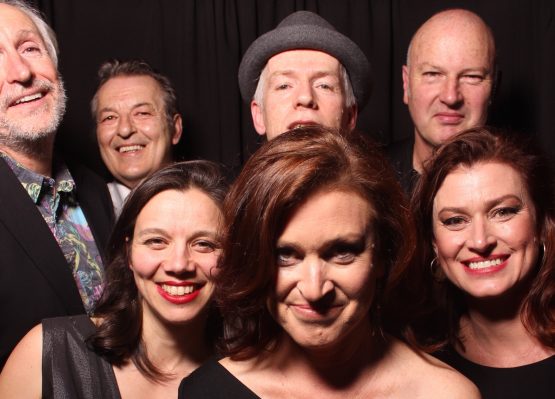 On Valentines Day this year, Jack Howard & The Ambassadors Of Love brought their gorgeous Bacharach and Beyond show to MEMO. Love was in the air and everybody had a ball. It feels like a lifetime and a multitude of lockdowns ago now; but on November 28, Jack and the gang will be back at MEMO to once again remind us that what the worlds needs now is love sweet love or at least an 80% vaccination rate!

For the past eight years, Jack and the Ambassadors have been presenting their beautiful Bacharach show around town. The group has recently expanded the concept to include some of the other great sophisticated songs of the era – think Herb Alpert, Sergio Mendes, Jimmy Webb, The Carpenters; and of course, still plenty of Bacharach.

With the fabulous Michael sisters, Heather and Marj, on lead vocals and flute and violin, Jack on vocals and trumpet, John Berto on guitar and vocal, Amy Valent Curlis on vibes and percussion, Greg Murray on drums and Rob Walker on bass; plus the great addition of John Mcall on piano and Ian Haines on trombone, the show has been brilliantly realised and orchestrated. With the expanded line-up and their usual heart and soul, The Ambassadors will take you on a glorious retro musical ride.

Jack plays with Hunters & Collectors; and in 2017, toured the world with Midnight Oil. He has been described as â€œone of the great quiet achievers of Australian music”. In 2020, he released his musical memoirs, Small Moments Of Glory, alongside his latest original album, Dog Songs.

The Meltdown present ‘Southern Soul From The Great Southern Land’