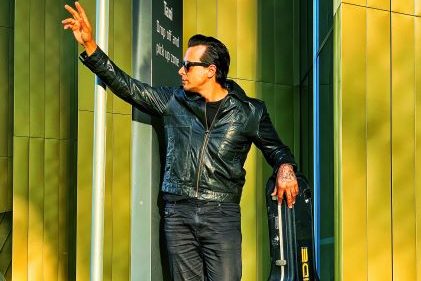 Taxiride frontman Jason Singh has already found 2021 to be his most in-demand year in over a decade, adding 16 more shows to his 10-date east coast tour, extending into May, June and July.

Arguably one of Australia’s best male vocalists, Jason has hit the road in acoustic mode, performing the hits of Taxiride, along with his solo material and a selection of favourite classics.

Bringing two sets of solid 90s nostalgia Jason Singh plays Taxiride (Hits, Bits & Beyond) features the dynamic frontman giving fans a double dose of his powerhouse vocals and those memorable melodies that put Taxiride – and Jason – at the top of their game. Expect iconic hits along with material from deep within the Taxiride catalogue – including “Skin”, “Saffron” and “World’s Away”.

Jason’s soaring vocals are currently being heard on rotation around Australia, with Taxiride’s anthem Get Set featured on Visit Victoria’s television ad campaign to promote the band’s home state.

Brian Cadd – In Weekend At Brians