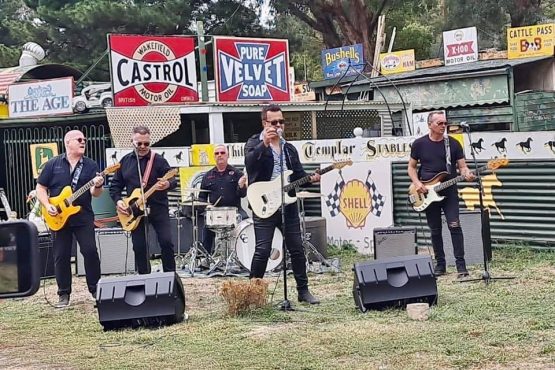 Coming out of no where and onto the Australian music landscape is a band from Melbourne called “Kool Mist”.

Kool Mist have just recorded a brand new Album entitled “ So Deadly “ and a new single with the same name due to be released in late June with an accompanying film clip.

Some of the tracks have been Produced by Australian Music Legend Ross Wilson.

If it’s classic Australian Rock music you like and the sort of tunes you hear once and like instantly and then make you want to get up and dance then Kool Mist is the band for you ..!!!! Don’t miss it ..!!