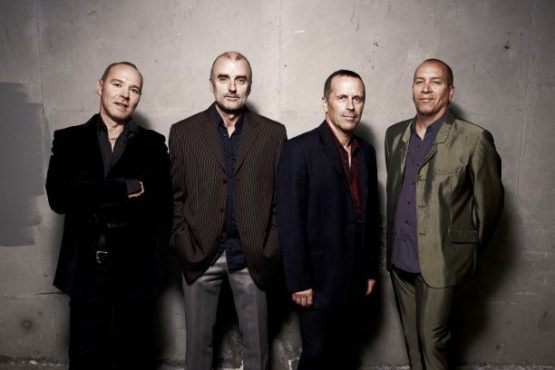 As well as all their classics, Mark and his band will be performing songs from Slow Dawn, his 10th solo studio album and the fourth released under his band Mark Seymour & The Undertow. With the release of Slow Dawn, Mark Seymour has now released more solo albums than he has with Hunters & Collectors.

Mark Seymour formed Hunters and Collectors in 1980, with a bunch of Uni friends. The band became famous for its rhythmic power and very quickly became touted as the “next big thing”. The Album “Human Frailty“ was recorded in Melbourne in 1985.

This record has proven to be one of the most important and enduring records of the eighties and Hunters and Collectors were still playing a large part of this cut in 1998 when they retired. With “Human Frailty“ Mark discovered, love, loss, and pop melody. His solo records are directly connected to this era and bear the same stamp of raw honesty and emotional power.

Hunters and Collectors went on to record some of this country’s most successful rock albums, including multi-platinum releases “Ghost Nation” and “Cut”, and became a huge touring operation.

By 1998, Mark felt that he had done all that he could as the front man of Hunters and Collectors. After eighteen years of touring with what became one of Australia’s most successful and deeply loved rock bands, he found himself alone on stage with just an acoustic guitar.

As a solo artist, Mark continues to search for the emotional truth in a song. Mark Seymour’s strength as a performer remains undiminished despite the ever-present shadow of the band he used to be in.

Throughout it all, Mark Seymour has shown he is one of our finest songwriters, capturing our stories of love, loss, human courage and achievement.

“There are stories we tell our children as they drift into sleep. Stories we invent to explain the impossible, and others we carry with us all our lives. Stories of fear, love and light.” – Mark Seymour