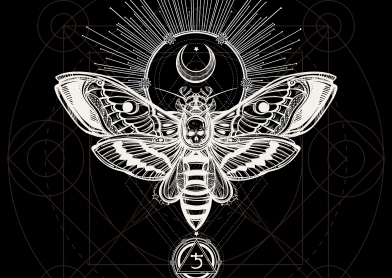 The MELBOURNE DRONE ORCHESTRA comes to MEMO for the first time in DECEMBER to push the limits of the electric guitar and subsume audiences with a blanket of frequencies. For the first time, the MDO will be joined by two of Australia’s best and most intense drummers from within the world of extreme metal and improvised experimental music.

MATT ‘Skitz’ SANDERS made his mark over twenty five years ago with iconic metal band Damaged, inspiring bands around the world to this day with his trademark mechanical precision and uncompromisingly violent approach to the drums. In recent years, he has performed with Gravetemple, featuring STEPHEN O’MALLEY, OREN AMBARCHI and ATTILA CSHAR OF SUNN O))), and some of Australia’s best current extreme metal acts.

BRIAN O’DWYER will be squaring off against him with an arsenal of skills drawn from his eclectic performance background. Working tirelessly for Melbourne musicians with his imprint Bleeemo music, Brian has participated in everything from grindcore to world music Having worked with extended playing previously, Brian’s approach to drumming infuses jazz-infused dexterity with the warp-drive intensity of grindcore.

Do not miss this one off opportunity to witness these two respected drummers spar in the ring of decibels that is the Melbourne Drone Orchestra!

The Melbourne Drone Orchestra is a unique assemblage of musicians who aim to create a sonic experience unlike anything else. Influenced by Fripp, Sunn 0))) and Earth’s pioneering use of the guitar, past performances have seen up to eighteen guitarists create a sonic monoliths.

All participants abide by three conditions; all guitars are tuned to DADGAD; only six string guitars (no bass guitars!); and no shredding!

It is a sensory and musical experience unlike anything else in Australia. Enter at own risk; adequate hearing protection is a must. All are invited to participate. If you wish to take part, please message thingsviralbookings@gmail.com

Gelareh Pour is a Persian born, Melbourne based performer. Her small statue conceals a mighty voice that rivals the sweetest sounds and has a deep power greater than any mountain. Gelareh has released two studio albums that are both available through her Bandcamp site: www.gelareh.bandcamp.com. To find out more about Gelareh visit her website: www.gelarehpour.com.

Gelareh released her debut album ‘Tanin-e Melbourne’ in 2013 through Bleeemo Music to wide acclaim and formed  JIVIR in collaboration with Adam Simmons and Brian O’Dwyer, Feb 2015, and released their single track ‘Red Silk’.

Adam has been described as “One of this country’s most electrifying instrumentalists, Adam Simmons defies classification” – Leon Gettler

About SACRED ORDER OF MAGNITUDE

Sacred Order of Magnitude is a musical collective that merges the alien sounds of Microtonal harmony with the audio bliss of digital and acoustic textural noise.

This is the only gig for Melbourne Drone Orchestra, better be quick!

This is the only gig for Melbourne Drone Orchestra, better be quick!