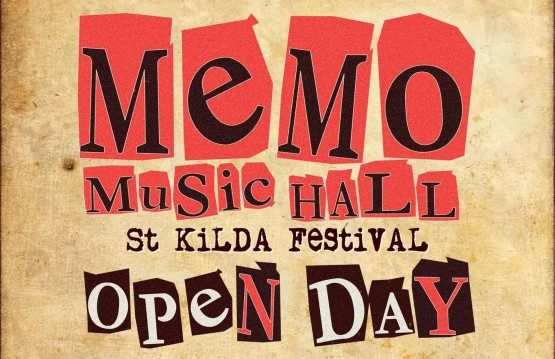 It’s St Kilda Festival time again and MEMO will be opening its doors to the public to showcase a stunning 100 year old art deco live music venue and cool live music acts, who will undoubtedly take you to another place. Drop by and take a peek where you can experience ICY cold Mountain Goat Beer, mouth-watering Burritos from Bay City Burrito, FAB music, A Bunch of Prize Giveaways and a great atmosphere to escape the hustle and bustle of the St Kilda Festival.

…so… KICK BACK, RELAX, and ESCAPE THE MAYHEM with an icy cold bevvy or 2 and a choice fantastic live music!! SEE YOU THERE !!

CHECK OUT THE KILLER LINE UP…

23 year old, singer and multi instrumentalist TANYA GEORGE has played over 200 live shows a year for close to half a decade. With a four and a half octave vocal range, St Kilda born and bred released her first EP Sonder in April 2017 produced with the talented Tommy Spender. Her EP Launch for Sonder sold out pre sales with 250 people through the door. The debut single ‘The Will’ released August 16th 2016, hit Triple J unearthed charts in 3 days; No.5 on the indie charts and No.9 on the overall charts. Her 2nd single “The Lie” played on Triple J spun by KLP.  Miss George was commissioned by the AFL to rearranged “Under the Milky Way” which she performed live on Fox Sports and sung the Australian National Anthem at the Motor GP on worldwide T.V. this year. Her latest single just released Dec 1st “Broke Ass Girl” alongside an epic film clip.  One of the hardest working performers today, Tanya’s already back in the studio creating her next musical baby due in 2018.

MIKE ELRINGTON is a gifted singer songwriter with incredible guitar skills. Standing at almost two metres tall, delivering his signature, gut-wrenching vocals like an instrument all on its own, very few people forget a performance from this man. The commitment to his live shows and the well-earned reputation for leaving nothing behind but sweat has seen him invited to perform at some of Australia’s finest festivals, including the iconic Byron Bay BluesFest, Bendigo, Sydney Blues and Roots Festivals & Blues on Broadbeach to name but a few.

We’d like to thank our following partners for supporting MEMO Open Day:

Other Shows Coming Up @ MEMO

This is the only gig for MEMO Open Day – St Kilda Festival 2018, better be quick!