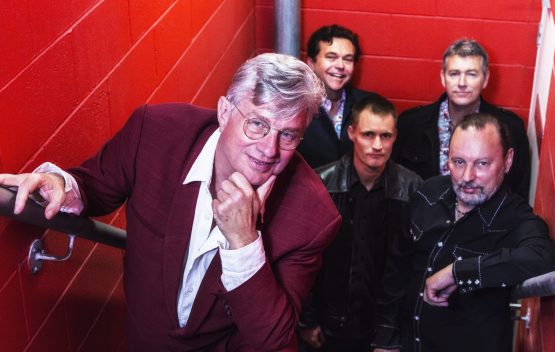 Still as brilliant ever, award winning MENTAL AS ANYTHING are going strong with sell out performances.  Their entertaining and timeless music will have you enjoying songs such as the classics The Nips are Getting Bigger,  Too Many Times, Mr Natural & Live it Up, to name a few.

A fresh 5 track EP release titled “Mental as Anything – 5 Track EP” and a prime slot on the national Apia Good Times Tour sees Mentals rocketing into the future. The EP sees Greedy and Martin trading songs in their time-honoured tradition. Martin is currently off the road but Greedy and he are still creating new songs with that Mental Flavour.

As members of the coveted Aria Hall of Fame, they started out as a group of art students who passed themselves off as a band in order to con the local publican into giving them a gig, in exchange for free beer. The deception worked better than intended, and the group came to be known as Mental as Anything.

More than three decades later, their music is still highly listenable and recognisable with their identifiable brand of garage pop.

A self‐explanatory single to reflect their success, The Nips Are Getting Bigger, rose through the charts both nationally and internationally as did their fundamental understanding of the old adage that ‘for every action there is a reaction’.

The talented members of the band culminate in a sound unequaled or paralleled by any other band.

“Martin and I have spent our lives competing with songs. It’s not stopping. He does his things his way and I do mine – the way it’s always been. Martin is off the road but the competition continues.” – Greedy

The Iconic Band is in high demand performing to fans old and new Nationally and Internationally with their unmistakable unique sound. A MUST SEE!

This is the only gig for Mental As Anything, better be quick!