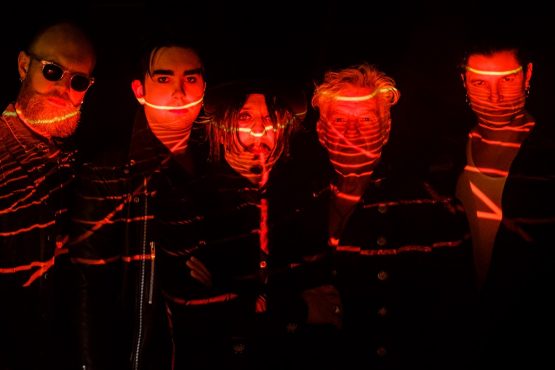 MELBOURNE – PARTY LIKE IT’S 1985 – ONE NIGHT ONLY! MI-SEX SPACE RACE REBOOT at MEMO in SEPTEMBER.

Mi-Sex returns to Melbourne for the first time in three years with a massive live show featuring the all their greatest hits and more! Merging new wave with their unique blend rock that transcends pop, punk and discotheque, get-set for a visual spectacular that’s as energetic and exhilarating as it is awe-inspiring.

Mi-sex launched Space Race in 1980. This makes 2022 (kind of) the 40th Anniversary of the earth-shattering LP – featuring the hit singles ‘People’, ‘It Only Hurts When I’m Laughing’, ‘Living In September’, and the title track, ‘Space Race’. In a set that includes all the hits from Graffiti Crimes, Space Race (1980), Shanghaied! (1981) and Where Do They Go? (1983), get-set for a show that revives the soundtrack of a generation – ‘But You Don’t Care’, ‘Computer Games’, ‘People’, ‘Blue Day’ and ‘Castaway’, alongside a few newbies for fun.

Exploding upon the Sydney live music scene, Mi-Sex quickly caught the eye of record producer Peter Dawkins, who signed the group to CBS. The relationship proved to be a masterstroke, with the release of the group’s debut LP, Graffiti Crimes, and subsequent singles, ‘But You Don’t Care’ and ‘Computer Games’ racing to the top of the charts in Australia, New Zealand, Canada, Germany, Austria and South Africa. The LP became the catalyst for an entirely new era in music and fashion – new wave.

Cross-pollinated from the get-go with the collective creativity of a cabaret crooner Steve Gilpin, alongside art-rocker Don Martin on bass, Richard Hodgkinson on drums, Kevin Stanton on guitar, and Murray Burns on keys ‘n’ synth, Stanton and Burns forged a song-writing partnership that anchored Mi-Sex four albums in the early years; Graffiti Crimes (1979), Space Race (1980), Shanghaied (1981), and Where Do They Go? (1983). Produced by Rolling Stones’ Bob Clearmountain, Where Do They Go? and the album’s hit singles – ‘Blue Day’ and ‘Castaway’ – were released to critical acclaim in the US and Canada, shortly before the group disbanded in pursuit of respite from years of almost endless touring, and various solo ventures.

Mi-Sex reformed in the late 1980’s for two more Australian tours, and in the summer of 1990 commenced work on material for a new album. However, the reformation was cut tragically short following a fatal car crash involving Steve Gilpin, who died at Southport Hospital on January 6, 1992. Shortly after Gilpin’s death, the cream of Australian music came together for consecutive concerts in Sydney and Melbourne, to honour the life, achievements and extraordinary contribution of Steve Gilpin to music.

After an almost twenty-year hiatus, Mi-Sex re-emerged yet again, to perform at the Christchurch Earthquake Relief Concert, on this occasion with Noiseworks and Electric Hippies’ bassist and producer, Steve Balbi, out front. Enamoured by the experience, Mi-Sex entered the studio for the first time in 33 years to record a new studio album, Not from Here, which was released in September 2016. One year later, founding member and guitarist, Kevin Stanton, also passed away. Yet the legacy of Mi-Sex lives on.

Painters & Dockers – Back to St Kilda!