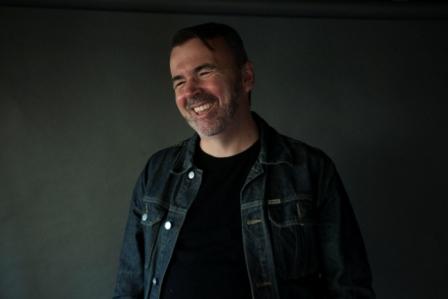 MICHAEL WAUGH received a standing ovation when he appeared with Shane Nicholson at MEMO in July. Join us on February 16th to see why this lauded singer-songwriter is winning hearts of critics and audiences everywhere. With special guest, 2018 Troubadour Artist of the Year LIZ FRENCHAM.

Michael Waugh’s new album The Weir reaches up from the dried, cracked heart of Gippsland’s irrigation reservoir – Lake Glenmaggie – asking what it means to grow up Australian. It is family ‘carguments’ on long holiday drives to see the big things of Australia, mozzie-bitten itches of first summer loves, Meldrum-fueled familiarity of Aussie rock classics, and the lived-in love of dinner with your partner in front of Neighbours. But it is also about what lies underneath – our underbelly laid bare by the drought; the distances that drive us apart, the economic devastation of rural communities, the death-wish of boys in country towns, the spectres of colonisation, racism and homophobia.

“When Michael Waugh opens his mouth, you should listen”. The Australian

“The Weir is a lyrical and musical tour de force… these songs have few equals in the current Australian music scene.” Eric Bogle

“Another masterclass in songwriting from Michael Waugh… it finds him perched on a songwriting mountain not many of us could hope to climb.” Shane Nicholson

We are pleased to announce this show has burst from the Ember Lounge to the main MEMO Hall!

This is the only gig for Michael Waugh, better be quick!