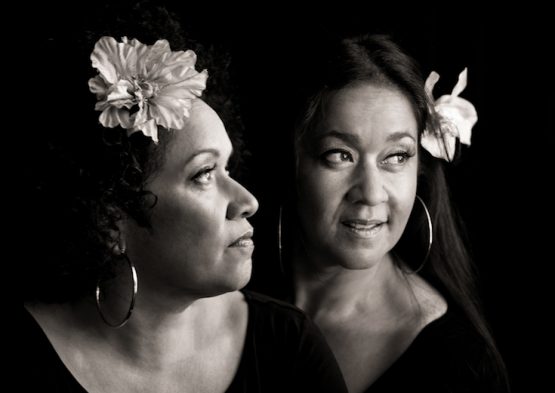 MEMO is celebrating with VIKA & LINDA selling out FOUR shows at our fine establishment in 2018.

So come along this New Year’s Eve and help us bring in the new year with Cookin On Three Burners and Vika & Linda.

For 30 years, the glorious voices of Vika and Linda Bull have comprised one of the most distinctive, versatile and emotionally charged sounds on the Australian music landscape.

Since their multi-platinum conquest of pop radio with the Black Sorrows in the late 1980s, the sisters have forged diverse pathways into soul, gospel, blues, country and the island music of their Tongan ancestry.

By turns tender and powerful, their rich solo vocals and instinctive harmonies have spawned eight albums of their own, as well as illuminating studio and concert performances by Paul Kelly, Rockwiz, C.W. Stoneking, Deborah Conway, Kasey Chambers and many more.

Their invitation to join Joe Camilleri’s Black Sorrows ushered in that band’s most successful era: Hold Onto Me, Harley and Rose and Better Times were all triple-platinum albums between ’88 and ’92, and the sisters’ prominent vocals captivated massive audiences, here and worldwide.

Vika & Linda, their debut album of 1994, was produced by Paul Kelly and written by some of the most accomplished songwriters of the era, including Paul Kelly, Joe Camilleri, Stephen Cummings, Mark Seymour and Nick Barker.

The next decade found the sisters embracing a range of musical possibilities on a string of albums.

Additionally Vika has taken the lead in At Last – The Etta James Story in which this incredible show saw its world premier in Melbourne in 2013 and since then has toured all the capital cities in Australia, completed two sold out seasons at The Sydney Opera House and in November of 2014 rocked an enthralled Kiwi crowd at the prestigious Aotea Centre in Auckland New Zealand.

And  now you can join them for a night of music and celebration, get in quick as these tickets will go faster than you can say ‘happy new year’!

This is the only gig for NYE with Vika & Linda Bull, better be quick!