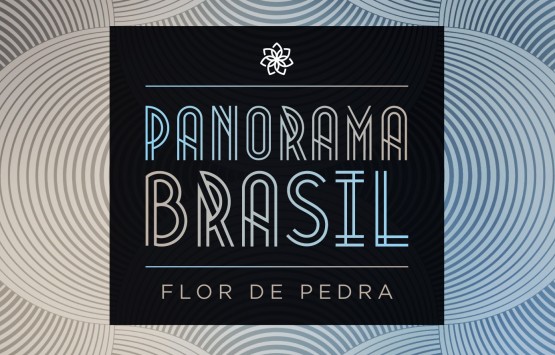 Panorama Brasil draws on the diverse musical landscape of Brazil: music with influences from the arid interior, the Amazonian basin, and the streets of Rio and Salvador.

Musical Director of Panorama Brasil is drummer/composer Alastair Kerr, a long-time student of Brazilian music, and recognised as one of Australia’s leading exponents of Brazilian percussion. Kerr is known for his work with groups such as The Doug de Vries Trio, The New Sheiks and Sexteto Zona Sul, and leads this stellar group focusing on Brazilian music and new compositions.

Their second album ‘Flor de Pedra’ showcases the vocal talents of Diana Clark and Jacqueline Gawler, as well as sublime guitar work by Doug de Vries. It features classic sambas and bossa nova, as well as exciting rhythms from Brazil’s northeast, such as the maracatu and frevo –‘ Flor de Pedra’ is a tour through Brazil’s amazing rhythmic landscape.

Panorama Brasil’s debut album, The Archer and the Dancer, composed by Alastair Kerr, was released in 2013.It brings the aesthetic of Brazilian rhythms – exciting, multi-layered and diverse – to contemporary Australian jazz. Mischievous and improvised, rhythmic and beautiful, The Archer and the Dancer had its premiere at the Melbourne Recital Centre as part of the 2013 Melbourne International Jazz Festival, and was nominated for a 2014 Australian Jazz Bell Award.

“The band launched straight into the heady syncopations of the maracatu from Recife, transporting us immediately into the alternative reality of a wild, intensely colourful carnival, about as far removed from Adelaide in winter as you can get.”

“The backbone of this show is Panorama Brasil, the amazing outfit put together by percussionist Alastair Kerr…a dream combo to deliver the sounds of Jobim.”

“…a tasty selection of these timeless tunes performed by some of the best musicians we, and the world, have in this genre.”

This is the only gig for Panorama Brasil Album Launch, better be quick!

This is the only gig for Panorama Brasil Album Launch, better be quick!