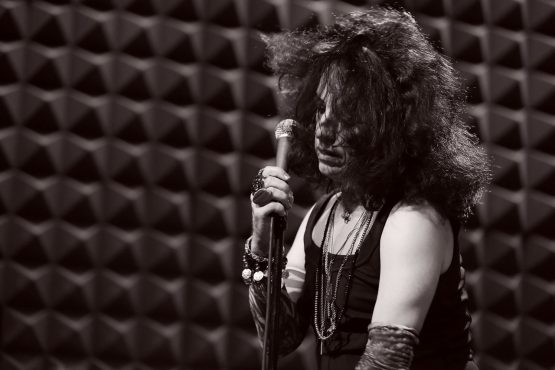 Paul brings together some of Melbourne’s best musicians under the leadership of Jethro Woodward to present a rock n roll Gothic romp, trawling the dark lyrics of Patti Smith, Tom Waites, Sony Bono, Lou Reed, Lana Del Ray, Skyhooks, The Doors, Eurythmics, The Suicide and songs made famous by Janis Joplin, Nina Simone, Led Zeppelin, Joan Baez and Ike and Tina Turner. Revisiting songs from musical theatre shows in which Capsis recently starred- Cabaret and The Black Rider, plus some unearthed gems, these songs are remade and delivered in Capsis’s own unique style: a blend of gender bending scorching torch rock n roll.

These shows are strictly for a limited season only at one of Melbourne’s best live venues. Come and experience Capsis up close and personal with a kick arse live band!

This is the only gig for Paul Capsis

This is the only gig for Paul Capsis