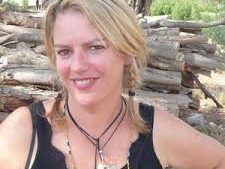 Michael is one of the most published writers in literary journals and newspapers since 1994 including poems in the Best Australian Poems 2011,2014 & 2015.

He has been compared to legendary writer Charles Bukowski by established Poets, David Brooks and Geoff Page. Michael lives at Park Towers and below is the first poem in his new book
published by Boutique Press, Flying Islands.

I am standing at the window of my twenty-ninth floor apartment.
I live in a housing commission building and I can see most of the city at night.
I wonder how many couples are making love at this very moment. There are hundreds
of thousands of lights from all the houses of the inner city suburbs. I notice one light
in the distance go out.The husband whispers to his naked wife
in their bed, ‘there, now that pervert on the twenty-ninth floor can’t see in.’

REBECCA BARNARD has performed with Stephen Cummings, Paul Kelly, Chris Wilson,and many others.  Her albums with Rebecca Empire established her reputation as a fine songwriter. but she is just as adept at singing other people’s songs. including David Bowie and Bobby Gentry and her sing along nights with Billy Miller at the Caravan Club have been packing houses for many years.

This is the only gig for ‘Poems from the 29th Floor’ Book Launch, better be quick!