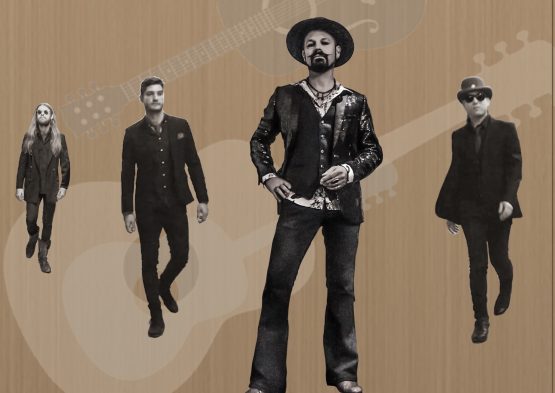 Pseudo Echo are excited to play MEMO Music Hall for the first time; featuring dual keytars, blazing raw guitar and electronic drums … playing all the hits, as well as a mega-mix extended version of their international smash hit “Funky Town” … with a few surprises too !

Pseudo Echo pioneered the 80s with their stylized electro sound and look establishing themselves as one of the most iconic and influential bands in the country, as well as earning a string of hits, awards, and Gold/ Platinum records. The band went on to produce several Top 10 hits including “ Listening”, “A Beat for You”, “Don’t Go”, “Love An Adventure” and “Living in a Dream”, Gold/Platinum albums “Autumnal Park”, “Love An Adventure” and “Race”.

During a hiatus from the band, Brian went on to establish himself as a well respected writer/composer scoring soundtracks for various films as well as having his own tracks appear in international cult and independent films, spawning a devoted, underground following for the band around the world.

Later the band released several studio albums including “Teleporter”, “Ultraviolet” and more recently “Live at the Viper Room” recorded at the legendary Viper Room in LA.

The band is back with an edgy new look and sound, after touring sellout shows nationally and internationally with the likes of Culture Club, Human League and Belinda Carlisle.

This is the only gig for Pseudo Echo, better be quick!