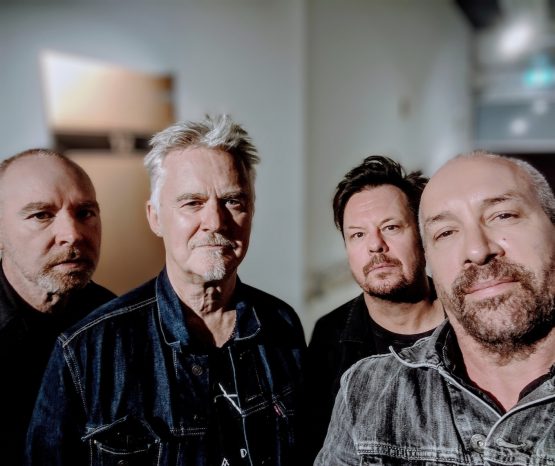 “It was a long time between drinks for us. We had the most incredible time when we performed 2 sold out shows at MEMO in July 2021 .. the energy in the room was electric, we wanted to do it again” – Mick Pealing.

Raw Brit will again smash out 2 big sets of the best British classics from Slade, Led Zeppelin, Free, The Who, Cream, Status Quo in the classic 4 piece rock line up at the famed MEMO Music Hall. “for a night, you’ll forget everything and rock till you drop .. we know its only rock and roll, but we like it” – John Favaro

*Raw Brit would like to acknowledge and thank MEMO Music Hall for keeping live music going through one of the toughest times in history .. amazing energy and big respect!

Formed around 10 years ago by Mick Pealing (Stars) and Bob Spencer (The Angels, Skyhooks, Rose Tattoo), along with John Favaro (The Badloves) and Peter ‘Maz’ Maslen (Boom Crash Opera), Raw Brit saw an immediate following with sold out shows. “This was the greatest time in music history!” infers lead singer Mick Pealing, “bands were paving the way for a generation to follow and they had nothing to lose!”. The swinging 60s saw Britain (and the world) undergo profound cultural change never before seen in modern society, the historic significance of this period is well documented in the music Raw Brit perform.

Bass player John Favaro recalls being caught up in the zeitgeist: “There was anti-establishment, anger, drugs, booze, dodgy deals .. and there was also a bad side”.

With the departure of Raw Brit co-founder and guitar hero Bob Spencer to Rose Tattoo in 2019, his big shoes were immediately filled by Baby Animals guitar virtuoso Dave Leslie. No sooner had Bob started the riff to “Bad Boy For Love”, when Dave stepped in, turned up his amp to 11 and smashed out the British favs from the 60’s and 70’s with Raw Brit.

Raw Brit members spend their busy professional life in their ‘main’ bands, so it’s a very rare and special occasion when they get to play the music that influenced them. It makes this incredible line-up a must see for every British invasion enthusiast!