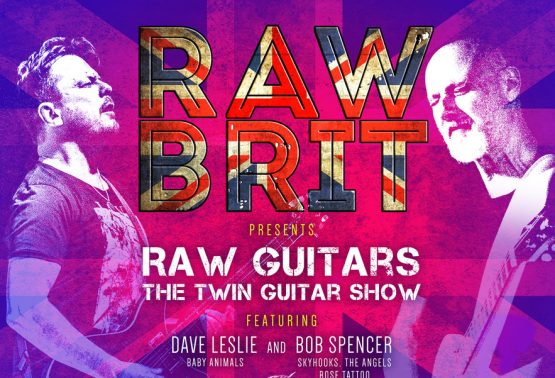 It has been a year now, and we are so pleased to have RAW BRIT back at MEMO featuring lead singer MICK PEALING backed by RAW GUITARS – two of Melbournes legendary rock guitarists DAVE LESLIE (Baby Animals) and BOB SPENCER (Skyhooks, Angels, Rose Tatoo). FOR ONE NIGHT ONLY!

One of the most exciting tributes to emerge in recent years is undoubtedly RAW BRIT. As adolescents, the high profile Melbourne musicians of Raw Brit, were heavily influenced by the ‘new’ sound of 60s and 70s British rock. It took them on a journey and lead them to their own successful careers. Now, they come together as a band to perform the songs that would influence a lifetime of artists. Put simply, “they dont write songs like this anymore”.

Raw Brit perform the classics from Free, Bad Company, The Who, Slade, Led Zeppelin, Status Quo, Cream and more! Songs that were the blueprint of music’s future.

“If you remember the 60s and 70s ..you weren’t there” was never a true evaluation for the four members of Melbourne band Raw Brit.

“If you were there, how could you have missed the greatest time in music history?” infers lead singer Mick Pealing.

In the swinging 60s, Britain (and the world) was undergoing a profound cultural change. Such an awakening had never been seen in modern society and the historic significance of this period is well documented in music.

“It was the seminal sound for all those wanna-be popstars of today ..and sadly, they probably don’t even know it” admits bass player John Favaro.

“The fact that we play to sold out houses here in Melbourne, proves only that this music can’t die ..everyone who comes to see us, would have at some time popped a pimple to Substitute by The Who” says drummer Peter ‘Maz’ Maslen.

Raw Brit preserve this exciting genre of music and bring it to life at every sold out show, to an excited audience. It is the music they love and grew up with, and makes this unbelievable line-up an absolute must see for every enthusiast and anyone who was there!

This is the only gig for Raw Brit – The Twin Guitar Show, better be quick!