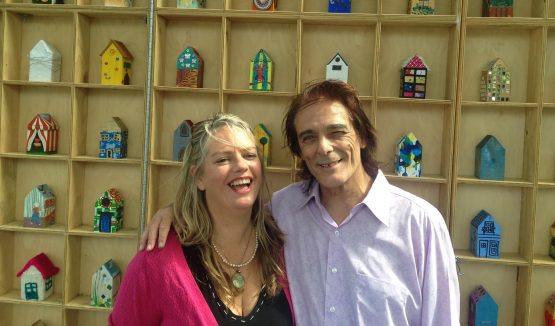 Rebecca Barnard and Billy Miller’s Sing-along-Society have came to MEMO for now TWO an unforgettable performances.  So, get in early this coming February for their first Melbourne show for 2021, for live stream and a live audience, take you’re pick!

If you’re a private warbler you can buy a link and watch it at home on your TV.  Or invite other private warblers around for some New Year cheer. You choose!

With spontaneity the key ingredient Rebecca and Billy will use their legendary singing and performing ability to create a night of music making that’s guaranteed to put a smile on your dial.

With spontaneity the key ingredient, Rebecca and Billy used their legendary singing and performing ability to create a monthly singalong night that has been sold out for several years.

The Caravan Choir (with Rebecca and Billy out the front) has been a regular highlight at the Sacred Heart of St Kilda Concert for many years, performing with household names like Colleen Hewitt, Tim Rogers and Red Symons, to name but a few.