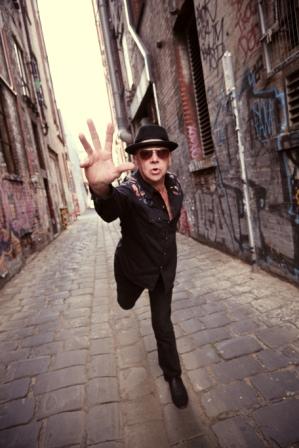 A few phrases commonly used when describing Aussie legend Russell Morris.. Shooting to fame in the middle 60’s with Somebody’s Image, Russell had a string of hits including Hush and the Bob Dylan classic Baby Blue. In 1969 he and producer Molly Meldrum released “The Real Thing”, Australia’s only true psychedelic #1 hit and a song that is played regularly on commercial radio to this day. Following that, Russell penned breakthrough hits such as; Sweet Sweet Love, Wings of an Eagle, Rachel, Part 3 into Paper Walls, The Girl That I Love and many many more………

Constantly in demand, Russell stills tours nationally throughout the year as well as appearances internationally. Russell has worked alongside industry heavyweights like Cher, The Bee Gees, Linda Ronstadt, The Beach Boys and toured Australia with the hugely successful “Long Way To The Top” in 2012.

Special guests ‘THREE KINGS‘ will also be performing on the night kicking things off with their down and dirty blues sound! Three Kings sound like an old 45 found in the bottom of an abandoned shed. So real you can practically hear the record crackle and the needle pop when they are onstage. Shut your eyes, one minute you’re in Louisiana The next The Windy City as the Three Kings take you hostage on a dangerous joy ride through the backroads of American roots music.

OTHER SHOWS TO CHECK OUT @ MEMO!

This is the only gig for Russell Morris & Band, better be quick!

This is the only gig for Russell Morris & Band, better be quick!