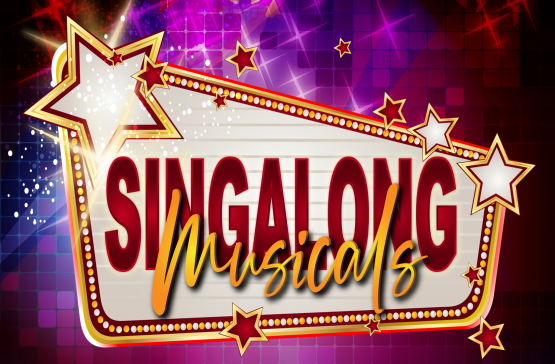 SINGALONG MUSICALS.  Love Musical Theatre? Wish you could sing those fabulous songs during a show and not be told to sshhh? Well now you can!

But be warned – this is no ordinary sing along where you sing the songs from one musical. No!! There are 24 songs from 20 musicals and you’ll have the time of your life as you learn the moves and belt out songs from shows like Mary Poppins, Grease, The Lion King, Rocky Horror, Priscilla Queen of the Desert, The Greatest Showman, Mamma Mia, Hairspray, We Will Rock You, Shout the Musical, Strictly Ballroom and many more in this 90 minute stage extravaganza.

Starring Karla Hillam (Offspring, 5 Bedrooms, Wentworth, Sex, Lies & Betrayal – Memoirs of a Hollywood Star), Jonathan Guthrie-Jones (Shake, Rattle and Roll, Singin’ In the Rain, The Boy from Oz, Some Enchanted Evening) with more to be announced and backed by the all-star band of Michelle Nuygen, Dave George, Mark George and Glen Davidson, the Singalong Musicals phenomenon lands at MEMO Music Hall for one show only.

Become a VIP and get to attend the sound check and dress rehearsal, meet the band and grab some goodies. You will have the best seats in the house with your own private space including a dedicated bar, just perfect to sing and dance the night away.

But maybe you are a Dancing Queen? Then come and party with your friends in your own special designated seating area. Just the place for the uninhibited to let down their hair while they bust out all the moves and grooves.

Or come as you are, dressed ready to rock and roll.

So get your dancing shoes on, grab a drink at the bar and let’s make some noise as we sing and dance to the best songs ever at this one big massive karaoke party. It’s showtime and you’re the STAR.