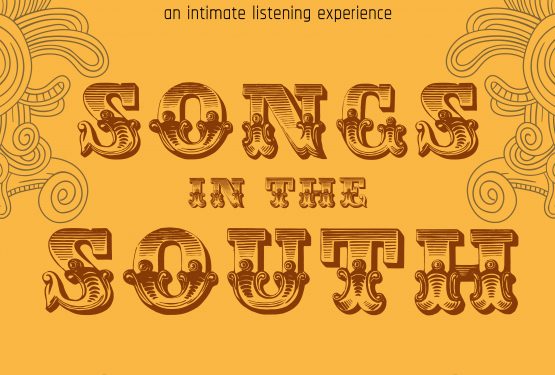 Hear the stories behind the songs. Songs in the South provides a unique experience for both writer and listener. Co-hosted by Delsinki & Joyce Prescher, the evening will see 6 different performers come together on stage where they will perform and exchange songs and stories.

Anna Cordell
Anna Cordell has always been a ‘maker’. From her youngest years spent singing and writing folk songs on her nylon string guitar, to the first stitches of her design work, and all the way into motherhood, Cordell has a natural flair for creation.
Anna launched her full-length record ‘Nobody Knows Us’ at Howler in Melbourne early 2020, the album was well received and was recently listed in the top 10 albums of 2020 by PBS. Anna has opened shows for C.W Stoneking, Ryan Downey and Seeker Lover Keeper.

Bec Sykes
Bec Sykes is a singer-songwriter from the outer eastern suburbs of Melbourne. Layering moody melodies upon minimalist piano and guitar, Bec uses her voice as an instrument and masters the art of emo-folk.

After winning the Pieater’s ‘Pie School’ competition, she recorded her debut single, ‘Edithvale’ with Tom Iansek (Big Scary, #1 Dads, Airling). Since the release of the single in mid-July, Bec has won the 2020 Josh Pyke Partnership, was chosen as a Triple J Unearthed Feature Artist, with ‘Edithvale’ added to full rotation on Triple J, Double J and airplay on numerous community radio stations around Australia.

Charm of finches
Melbourne sister duo, Charm of Finches, sing haunted folk tunes about love, grief and whispering trees with their signature tight sibling harmonies and chamber folk sound.
Mabel and Ivy Windred-Wornes emerge from an eclectic musical childhood of Celtic strings and busking old-time tunes. The duo have won many awards nationally and internationally and their music has featured on Australian TV.

Rich Davies (solo)
With a poet’s heart & rocker’s soul, Rich Davies & The Low Road deliver a ‘foot-stomping contemporary folk attack’ – Mick Thomas. The Golden Guitar 2018 nominee & his rousing band have been hailed as ‘The Pogues meets Springsteen’ as they peel back the skin of rock’n’roll to expose bones of folk and roots.

Rich recorded and released his latest album ‘Born in Nebraska’, a loving reimagining of Springsteen’s ‘Born In The U.S.A’ inspired by the acoustic pallet, sonic aesthetic and narrative tone of sibling album Nebraska.

Delsinki
What do the ACO, Jim Moginie from Midnight Oil, Steve Pigram from the Pigram Brothers, Brian Ritchie from the Violent Femmes, Richard Tognetti, cinematographer Jon Frank and astounding indigenous musician “Yamatji Man” Mark Atkins have in common? DELSINKI has joined creative forces with them all.
Shape-shifting uncategorizable post-colonialist DELSINKI will release his debut album, “And No Place Was Found for Them” an amalgam of honest and compelling narratives about war, loss, ageing, tribalism, emotions, nature, the futility of urban life and the perils of conformity. Big themes, fully realised.
Delsinki’s music is represented by GO ! / GoGaga – the new home for the songs of Cash Savage, Peep Tempel, Tumbleweed and others.

Joyce Prescher
Joyce Prescher is a Melbourne based folk musician. With her carefully crafted lyrics, haunting melodies and rich velvety vocals, Joyce takes you back to days long gone. Her words delivered with such honesty and melancholy, you cannot help but be roped in and left mesmerised.

Joyce Prescher released her debut album ‘Home’ in 2017, which was praised by PBS and listed in their top 10 albums upon release. Joyce is currently finalising her sophomore album.