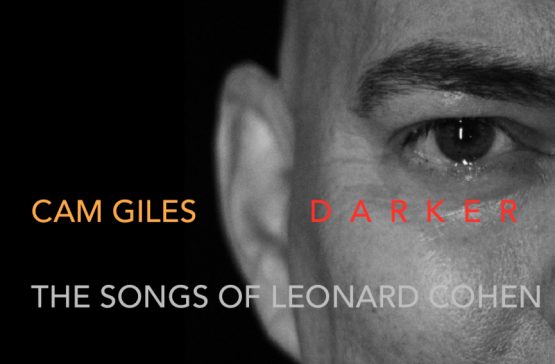 This new album contains 16 classic Cohen songs including some of his most celebrated compositions such as Halleluja, Suzanne and some that veer a little off that well trodden path.

Cam Giles invites you to join him for the launch of the new album on 3 October 2020 at the Memo Hall.

When approached to do a leonard Cohen show I was not familiar with his songbook other than some of his more commercial successes such as “Hallelujah” and “Suzanne”.  Listening to his albums, I found many songs that I instantaneously fell in love with. It was all there, the darkness, the loneliness, the loss, the love and the humour. There is so much to draw from Leonard’s music, books, poetry and his drawings. It takes a lot of sacrifice to live a life devoted to art.

So much depth and courage.

Funny how it always seems to be that music finds you.

The fruits of six months of working on Leonard’s songbook are reflected in the 16 tracks of this superb new album, which is essentially a love letter to the writer of the greatest songs of all time. Cohen’s line “There is a crack in everything and that’s how the light gets in”