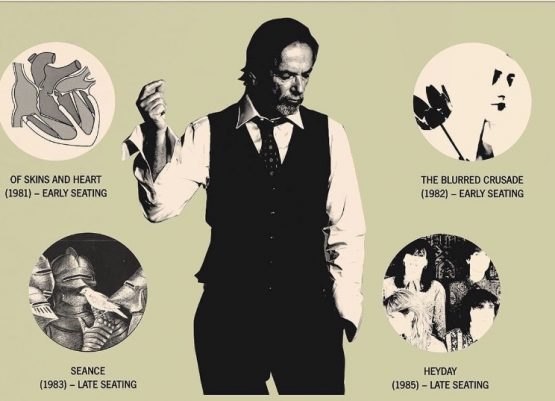 Steve Kilbey was born a long time ago and very far away. In 1980 he formed the best group in the universe called the Church who have released over 30 albums.

At MEMO Music Hall he will be presenting the first 4 church albums over 2 shows in their entirety on his 12 string guitar with nostalgic recall, rose-coloured annotations, and pithy observations of the life and times when they were recorded. The music the musicians the audiences and everything else. A mammoth and comprehensive trawl through the first half of the 1980s .

He will be performing the first 4 church albums over 2 shows in the entirety including anecdotes reminiscing and setting the general scene for music in the early 1980s. The real raw deal for the first time ever in Melbourne (“my true spiritual home”)

The first show is albums 1 and 2 . Of Skins and Heart and Blurred Crusade.

The Second show is albums 3 and 4 . Seance and Heyday