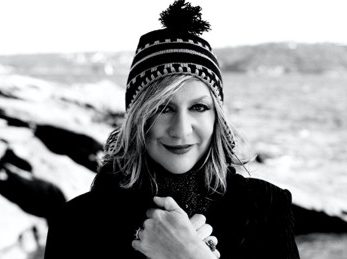 Iconic singer and songstress RENEE GEYER will be joined by special guests and powerful performers BROOKE TAYLOR and LARA TRAVIS in an evening power packed with ‘Strong Women Of Song’.

Renee Geyer, a precocious jazz, blues and soul singer in her late teens; Countdown royalty in her 20s; a string of pop, soul and reggae hits spanning the 70s and 80s; her LA years in the studio with the likes of Stevie Wonder, Sting, Joe Cocker and Chaka Kahn; her 90s renaissance with Paul Kelly. She is a singer, a songwriter, producer, and author.

In 2005 Renée was inducted into the ARIA Hall Of Fame, and in 2013 into The Age Music Victoria Hall of Fame, both proud occasions in which she joined the ranks of Australia’s most respected and accomplished musicians.

Over the past four decades Renee Geyer released various albums and was a part of many other recordings around the globe starting out a sensual blues belter, and evolved into a bona fide music icon – someone to look up to for never having let go of her dreams.

This consummate entertainer with a proud body of work still transfixes a room with the power of her song.

Renee will be joined by special guests Brooke Taylor & Lara Travis, who both have reputations as great singers and storytellers.

This is the only gig for “Strong Women Of Song” Starring Renee Geyer, better be quick!