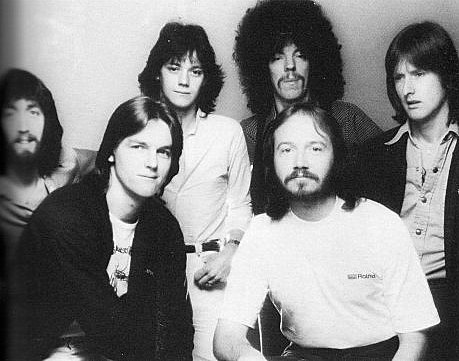 STYLUS is back with new recordings and will be showcasing their fabulous soul and funk vibe from across time live at MEMO.

Melbourne, Australia’s most prestigious 70’s soul/R&B groups, STYLUS, are enjoying a new wave of vigour – following a run of great shows in recent years. From the beginning, having a huge hit with their version of Seals & Croft’s “Summer Breeze”, their third album being released through Motown Records in the US, and Japan’s Toshiba-EMI re-issuing the entire catalogue of 4 albums in 1999, STYLUS has enjoyed unprecedented respect as a world-class musical collective. That’s the reason why they were selected to open the Australian shows of Ike & Tina Turner, Average White Band and George Benson, among other leading world soul, funk and jazz artists, in 1975, ’76 and ’78.

Three original STYLUS members – vocalist/songwriter Peter Cupples, pianist/keyboardist Sam McNally and guitar wizard Ronnie Peers – have done more in their careers since the 70’s, than can possibly be listed here. Suffice to say, they are all better at their art, more than ever! Melbourne’s Gerry Pantazis on drums and Chicago, USA born Doug Williams (an Aussie for many years now) playing bass and lead vocals, complete this line-up of STYLUS, making it the most powerful yet!

The STYLUS song-list comprises their “classic” hits from the 70’s, intelligent funk and dance cover versions and a chunk of new original material. Four songwriters in Stylus means there’s no shortage of great material. For this show at MEMO Music Hall, you can expect nothing less than sensational!

This is the only gig for Stylus
‘Across Time’, better be quick!