**The first 200 tickets purchased will automatically get a meet and greet with Aydan**. 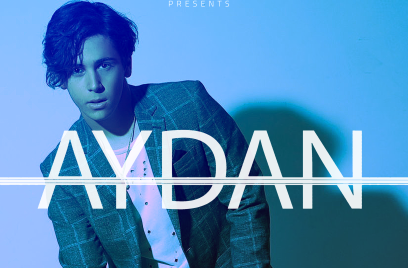 Aydan has had an incredible year after The Voice Grand Final. He has sold out tours across Australia, been signed to Universal Music Australia and starred as lead role in the sell out Musical ‘Fan Girls.’

Aydan is about to embark on releasing new tunes in 2020. To celebrate the first single of the year Aydan is performing with his band in a must see single launch at Memo Music Hall on Sunday 02 Feb 2020.

This is an all ages show starting 4pm, with some exciting guests. The first 200 tickets purchased will automatically get a meet and greet with Aydan where you will meet him in person and get a photo after the show.

All tickets are just $39.90! Tickets are limited and will sell out, so get yours now!

**The first 200 tickets purchased will automatically get a meet and greet with Aydan**.

This is the only gig for AYDAN, better be quick!