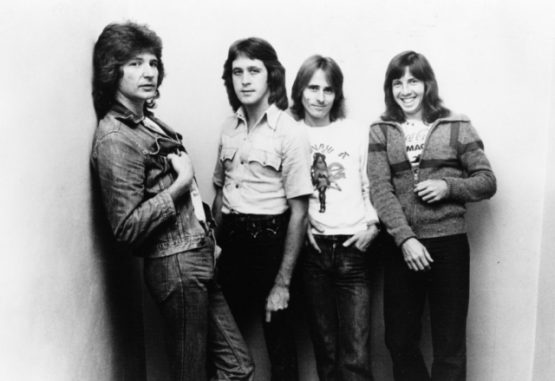 Iconic seventies pub rock band TED MULRY GANG are hitting the road with the “This one’s for Ted” tour which will see all original members together again for the first time in over 25 years!

The band will consist of LES HALL, GARY DIXON and HERM KOVAC from the original line up who played on all the records and performed in all clips and TV shows. Rather than grab any singer the boys dipped into the gene pool and extracted Ted’s younger brother STEVE MULRY. This is as close a voice to Ted’s you are going to get! Steve comes with years of experience fronting many bands, best known as being in ‘Black Label’. As Steve doesn’t play bass, the guys have reached out to an old mate, original AC/DC bass player MARK EVANS. Mark played on all the early classic AC/DC albums and singles.

This show is going to be one EPIC event that without a doubt is a MUST SEE, so get in quick to reserve a spot before it’s too late!

CHECK OUT THE BAND’s PHOTO GALLERY

This is the only gig for Ted Mulry Gang, better be quick!