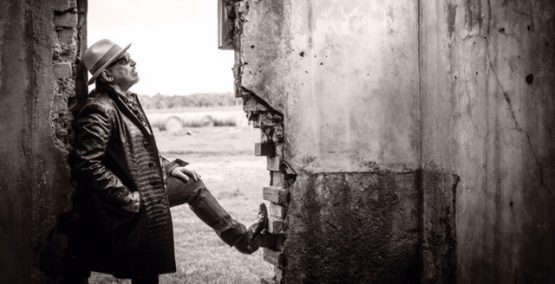 It’s been nearly 2 years since The Black Sorrows performed to a full house at MEMO on NYE 2017, and they are very much looking forward to returning to MEMO to showcase songs from their new sophisticated brand of soul and blues album ‘Citizen John’ as well as performing their classic hits including “Chained To The Wheel”, “Harley & Rose”, “The Chosen Ones”, “Never Let Me Go” and much more!.

A cool 21 albums down the line, Joe Camilleri’s THE BLACK SORROWS are at the peak of their game with Citizen John, the new album with its roots in the familiar terrain of sweet, platinum radio rhythm and blues and dark reflections of modern times.

He’s a slippery cat, this CITIZEN JOHN, “just laying back watching worlds end” in his silver tower with his chains of gold. “Your time will come, it won’t be long,” the singer promises with an ominous note. With his snake-hipped gait, Hammond organ wheeze and cop-show horns closing in, he’s definitely a citizen for our times.

Joe Camilleri sure can pick ’em that way. “He’s just a very bad dude, you know?” the song man chuckles. “You see ’em everywhere. They kinda want everything and don’t wanna work for it. Maybe they’ll even kill for it. But for this poor geezer, time’s running out. Boom.”

There’s a lot of that dark destiny on The Black Sorrows’ 21st album. It’s riding there on the boot-heels and wagon wheels of ‘Wednesday’s Child’, and marching alongside ‘Brother Moses Sister Mae’: a fable of two hobos in love, staggering on the brass coattails of the Horns of Leroy.

There’s an ancient lilt in the Celtic soldier’s longing of ‘Way Below The Heavens’, and bloody history between the strange changes of ‘Storm The Bastille’. But the trick in each tale is the way it speaks to here and now. “I reckon if you go to the outback of Australia today, you’ll find Messiah everywhere,” Joe says of the parched gospel lament at the album’s heart.
So rolls The Black Sorrows’ undulating landscape of human toil and folly; joy and sorrow; love and loss, from the high plains daydreaming of ‘Worlds Away’ to the palm-fronded andstand jazz of ‘Play It Sentimental’. In one sense, the key is what remains the same: the gut-wrenching stories of lyricist Nick Smith and the deep roots in rhythm & blues of  ountless shades that sustain long-time  companions Claude Carranza (guitar), John McAll (keys) Mark Gray (bass) and Angus Burchall (drums).

But equally, this is an album about perpetual change. Citizen John is Joe’s 49th album as bandleader of combos as celebrated as Jo Jo Zep and the Falcons, the Revelators and Bakelite Radio — but be warned, this kind of war-medal talk isn’t really his bag. “It’s all very nice to get a pat on the back and ‘Hey I saw you in ’78,’ but I want people to judge me on this album,” says the man who still plays 160 shows a year, from his home base in country Victoria to the music halls of Europe. “This is the album I’ve just made and it’s the hardest album I’ve ever made, on many levels. It’s about moving forward. To me, it’s always about moving forward.”

This is the only gig for The Black Sorrows ‘Citizen John’ Tour, better be quick!